Fukushima Samurai - The Story of Identity is a powerful series by photographer Noriko Takasugi that features portraits of Japanese men upholding a 1,000-year-old samurai tradition. Back in 2011, when the cataclysmic earthquake and tsunami hit Fukushima Prefecture, many people lost their homes and were forced to abandon their city, but as proven by these strong men, they did not lose their historical heritage or sense of culture.

Takasugi documents brave men who have opted to head back into the contaminated areas only a few months after the devastating disaster to maintain their annual celebration of samurai culture at the Soma Nomaoi festival. Takasugi says, "Having spent a month with the local people between summer and autumn 2012, I believe Soma Nomaoi is not just an event but an embodiment of their identity and fight for survival. This unique sense of identity represents not only how, but why, they live."

Not to sound like a disgruntled extra on the set of Grumpy Old Men, but young people nowadays are focused on one thing and one thing only: technology. More specifically? The tiny screen that they carry and center their lives around. Sure, it’s necessary to check your email and answer calls from your mother (please talk to your mother), but doing any of this is totally unnecessary:


1. These women enjoying a girls night out

empoweredteensandparents.com
3. This group of high school seniors, enjoying their last day of school before graduation.

umhoops.com
5. A group of friends enjoying their pizza

runt-of-the-web.com
7. These friends about to embark on an epic road trip

98kool.com
11. These women at a priceless art exhibit

wordpress.com
12. These best friends enjoying tailgating at a 49ers game

saketvora.com
13. This group of people going to see a big hit

latimes.com
14. This guy capturing an awesome night out with gramps

breathe-out.com
16. This couple meeting for a quick, romantic coffee

uncoached.com
18. These siblings reuniting for the first time in years

businessinsider.com
19. A group of girls spending quality time together

runt-of-the-web.com
21. A woman appreciating the finer points of parenthood

Click here to learn more about building wigwam frames, and coming soon are pages on covering wigwams and wigwam interiors, so please check back.


ICELAND. No news from Iceland?… why? 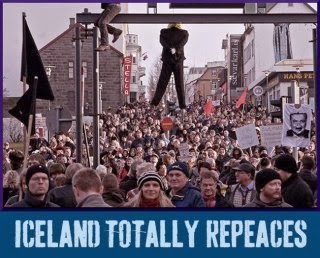 How come we hear everything that happens in Egypt but no news about what’s happening in Iceland:
…
In Iceland, the people has made the government resign, the primary banks have been nationalized, it was decided to not pay the debt that these created with Great Britain and Holland due to their bad financial politics and a public assembly has been created to rewrite the constitution.

This is a summary of the facts:

2008. The main bank of the country is nationalized.
The Krona, the currency of Iceland devaluates and the stock market stops. The country is in bankruptcy

2008. The citizens protest in front of parliament and manage to get new elections that make the resignation of the prime minister and his whole government.
The country is in bad economic situation.
A law proposes paying back the debt to Great Britain and Holland through the payment of 3,500 million euros, which will be paid by the people of Iceland monthly during the next 15 years, with a 5.5% interest.

2010. The people go out in the streets and demand a referendum. In January 2010 the president denies the approval and announces a popular meeting.
In March the referendum and the denial of payment is voted in by 93%. Meanwhile the government has initiated an investigation to bring to justice those responsible for the crisis, and many high level executives and bankers are arrested. The Interpol dictates an order that make all the implicated parties leave the country.

In this crisis an assembly is elected to rewrite a new Constitution which can include the lessons learned from this, and which will substitute the current one (a copy of the Danish Constitution).
25 citizens are chosen, with no political affiliation, out of the 522 candidates. For candidacy all that was needed was to be an adult and have the support of 30 people. The constitutional assembly starts in February of 2011 to present the ‘carta magna’ from the recommendations given by the different assemblies happening throughout the country. It must be approved by the current Parliament and by the one constituted through the next legislative elections.

So in summary of the Icelandic revolution:
-resignation of the whole government
-nationalization of the bank.
-referendum so that the people can decide over the economic decisions.
-incarcerating the responsible parties
-rewriting of the constitution by its people

Have we been informed of this through the media?
Has any political program in radio or TV commented on this?
No! The Icelandic people have been able to show that there is a way to beat the system and has given a democracy lesson to the world 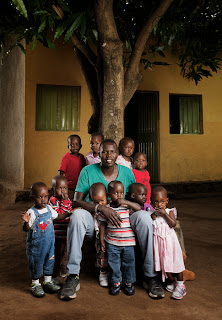