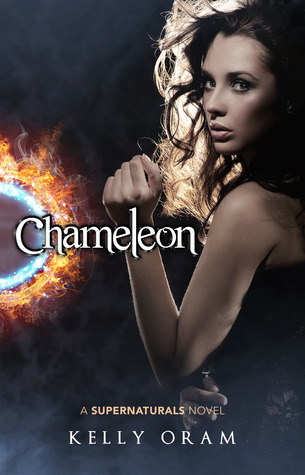 Even though her father is running for President of the United States, Grace St. Claire is as normal a girl as they come. She’s clumsy, shy, and an outcast among her peers. She even manages to nearly die in a freak accident in front of the entire school. But when Grace survives a vampire attack she quickly learns that she is anything but ordinary.

There’s something about human Grace that has all the supernaturals around her going crazy. Her best friend’s brother suddenly wants to date her. Her worst enemy has sworn to protect her even against her wishes. Someone with very powerful magic wants her dead, and the vampire that attacked her has developed an obsession with making her his eternal mate.

In order to survive—and not as Count Dracula’s undead bride—Grace dives head first into the terrifying world of the supernatural. She teams up with a charming but mysterious warlock who strolled into town causing trouble and spouting stories of a Prophesy and Chosen One that looks exactly like Grace. Together they must figure out why Grace is different, who wants her dead, how she’s connected to the Chosen One, and who they can really trust.

For small-town rebel Dani Webber magic and monsters are no more real than the Easter Bunny… until the day she accidentally stops time. Dani quickly discovers that not only do supernaturals exist, but she herself is one of them. This is great news for her life-long best friend Russ, who can finally come clean about his own supernatural status and his undying love for her. Before the two can start to enjoy the long overdue relationship, Dani is taken by a powerful council of supernaturals who believe she is the Chosen One destined to save them from extinction.

As if being kidnapped and expected to save the world isn’t bad enough, an ancient prophecy warns of the Chosen One’s dark nature: “Only the truest love will keep her an agent for good.” The council believes they know who this “true love” is and, unfortunately, that person isn’t Russ. The mysterious, powerful and devastatingly handsome Seer is the last person Dani wants in her life, but when she starts having visions of a horrific future, she has no one else to turn to for help.

Soon Dani finds herself torn between two very different boys with two very different opinions of whom she can trust. With the visions getting worse and time running out, Dani is forced to put aside her feelings and work with both the Seer and Russ before an ancient evil is unleashed upon the earth