What Goes by Claire Boston on Tour + giveaway 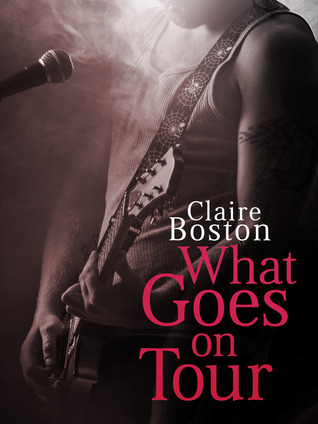 What Goes on Tour

What goes on tour, stays on tour … or does it?

Few people know that socially awkward Adrian Hart is actually rock god Kent Downer, and that's the way Adrian likes it. His privacy is essential, especially now that he has guardianship of his orphaned, ten-year-old niece, Kate. But when the nanny quits in the middle of his tour Adrian finds himself in a bind.

Until Libby Myles walks into his life.

Libby has only ever wanted to become a full-time author and prove to her parents that she can make it on her own. On the surface, the temporary job as the nanny for Kent Downer's niece looks perfect—the pay is fabulous, the hours are short and Kate is a big fan—it's the rock star that's the issue.

Arrogant and way too attractive for anyone's good, Kent Downer has enough swagger to power a small city. But when he's out of costume he's different—shy and uncertain. For Libby it's a far harder combination to resist. She needs to find a balance between work, writing and ignoring her attraction to the rock star, because if she falls for him, it could mean the end of her dream.


But when a horrible scandal is unleashed—putting young Kate in danger—there's more heat between Libby and Adrian than just sexual attraction. Libby must figure out if Adrian ever cared for her, or if it was all just part of the show …

This excerpt is from the beginning of the novel and includes Libby’s first interaction with Kent Downer.

Libby Myles’ heart was doing its best rock concert impression, thudding hard enough against her ribs that she thought it was going to break through.

She was going on television, not to face a firing squad.

Hurrying alongside the keep-up-or-be-left-behind production assistant, Libby figured it amounted to the same thing.

If she messed this up it was the death of her fledgling career. One wrong word, one misinterpreted sentence, and she’d be that sound bite on tomorrow morning’s radio. The one that was played over and over again while the DJs asked each other, “What was she thinking?”

Suddenly the blond-haired assistant stopped and directed her into a room. Libby braked, wobbled on her four-inch heels, and took a couple of quiet, slow breaths to stop herself panting. God, she was unfit.

“This is the Green Room. You can wait here with the other guests and I’ll be back to get you when it’s your turn.” The woman turned and strode away be- fore Libby could ask for introductions. Libby cursed the fact she had missed the earlier rehearsal due to her book signing and snail-like traffic.

Who had her publicist said would be on tonight’s show? An English comedian, Tony someone, and American rock god, Kent Downer.

Stepping into the room, she noticed there wasn’t any green in sight, rather the walls were painted a pale beige reminiscent of a doctor’s waiting room. Two men sat on a retro red couch, turned toward each other, deep in conversation, per- haps mid-forties in age. Manager and comedian, Libby decided as she heard their English accents. No point trying to get a seat there.

The other red couch had a single occupant. Not the kind of person you wanted to meet in a dark alley, late at night.

Kent Downer stared straight at Libby, one hand in his lap, the other over the top of the couch, his long, rangy legs crossed at the ankles. She smiled, but he didn’t respond, staring but not seeing, his attention somewhere far more interesting than these four walls. She took the opportunity to study him. Short, spikey black faux-hawk, pale skin and the thickest black eyeliner she’d ever seen on a man. His clothes were black too. Skinny-leg jeans, plain, fitted T-shirt and a waistcoat that hung unbuttoned at the sides. Stereotypical rock star. She’d never be able to use him in one of her books – she’d have to make him different in some way. Otherwise she’d get the comment from her editor – “Don’t make him a cardboard cut-out.”

Libby moved across the room and sat on the couch next to the rock star. He must have felt her movement, as he blinked and looked at her briefly before re- turning his gaze to the spot he’d been staring at.

But then again, a rock star of his reputation wouldn’t be interested in talking to an author. She pushed aside the twinge of self-doubt. It was his loss.

Libby had a moment of regret for insisting her publicist have the night off and then shook her head. She didn’t need to be babysat.

She poured a glass of water, grabbed a handful of chocolate from the bowl on the glass coffee table and scooted back on the couch to relax.

It didn’t happen. The couch was as comfortable as its color was subtle. Shoving the chocolate into her mouth, she took her notebook and pen out of her bag and opened to a blank page. She was about to be interviewed in front of a live studio audience and broadcast all over Australia.

This was a huge opportunity. Struggling writers didn’t get this kind of thing. Someone must have owed her publicist a favor. Big-time.

Libby knew if the viewers liked what they saw, they’d mention her to friends, maybe go out and buy her books. If enough people bought them, she’d finally be able to give up her day job and write full time. And prove to her parents she could make it as an author.

Right now, though, she’d settle for a decent royalty check. The repairs on her car had used up every last cent of her savings, and if she didn’t get a new temp job when she finished her tour, she’d have to survive on whatever she could harvest from her vegie patch.

There was no way she would ask her parents for help. She couldn’t face the ‘I told you so’ she’d get.

She couldn’t stuff this up.

“Tony, you’re up.” The efficient assistant was back, motioning the comedian toward the door. The two Englishmen rose and followed her out of the room.

Nerves clenched in a death grip in Libby’s stomach. She ignored them, taking some more chocolate, then shifted her weight, lifting her knee so she was sitting sideways on the couch.

All the better to observe the rock star. She needed the distraction.
He was attractive, if you went for the bad boy type, with his designer stubble and dark brooding eyes. Libby imagined some women would get a thrill to have those eyes focused on them, even for a moment.

The man was so still, so absorbed, he almost looked like a wax dummy. Then his fingers twitched, a minute movement, almost indiscernible, the tiniest drum of his fingertips against the back of the couch. A pause. Then the drum again.

From the television in the corner came the sound of applause as the comedian was introduced.

Making a note in her journal, she heard laughter from the set and stifled her urge to fidget. She was a writer, not a performer. She wasn’t used to being the center of attention.

At least the producers had got it right – start the show off with a laugh, end it with a rock star and allow the young adult writer to sag in the middle.

Her stomach danced a tango with her nerves. No.

She knew how to fix a sagging middle. It was all about being friendly, chatty and enthusiastic about her new book. That was the easy part. She straightened her spine.

“Didn’t your mama ever teach you not to stare?” The deep Texan drawl took her by surprise. The rock star had come out of his trance and was now watching her with intense brown eyes. His whole body was rigid, as if waiting to pounce if she said the wrong word. She was the baby antelope coming face to face with the cheetah. Adrenaline zinged through her veins.

“I, ah, no.” She stopped babbling, took a deep breath and smiled. “Sorry, I was visiting my muse. I wasn’t really staring at you.” She held out a hand. “I’m Libby Myles.”

He looked at her hand as if she had something contagious. “Libby, it’s your turn.”

Saved by the efficient assistant.

Libby dropped her hand, stuffed her notebook and pen in her bag and tucked it next to the couch, hoping her face would return to its normal color quickly. Then she jumped up and hurried after the woman.

She didn’t need rock stars and their egos. 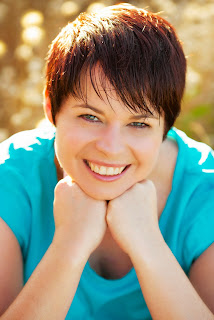 Claire Boston was a voracious reader as a child, devouring anything by Enid Blyton as well as series such as Nancy Drew, Trixie Belden, The Baby-sitters Club and Sweet Valley High. Then one school holidays when she’d run out of books to read her mother handed her ‘Hot Ice’ by Nora Roberts and Claire instantly fell in love with romance novels.

The love of reading soon turned to a love of writing and she struggled to keep within the 1500 word limit set by her teachers for her creative writing assignments. When she finally decided to become serious about her stories she joined Romance Writers of Australia, found her wonderful critique group and hasn’t looked back.

When Claire’s not reading or writing she can be found in the garden attempting to grow vegetables, or racing around a vintage motocross track. If she can convince anyone to play with her, she also enjoys cards and board games.

Claire lives in Western Australia, just south of Perth with her husband, who loves even her most annoying quirks, and her two grubby, but adorable Australian bulldogs.

10 ebooks of What Goes on Tour

4/8
My Love for Reading Keeps Growing