A Touch of Nerves by D.C. Hampton 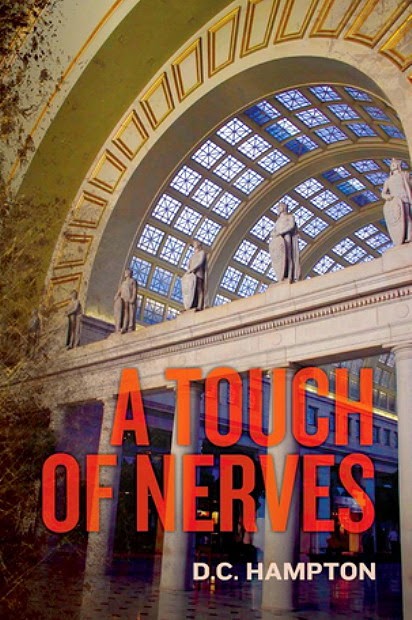 When Army Captain Ben Hawkins discovers chemical weapons missing from a military research facility, he begins an investigation into preventing a possible terrorist attack. The suspects? Two rogue Iranian agents who blame the deaths of their family members on the United States. What Hawkins doesn’t expect is to find himself forced to decide whether to risk his career—and possible arrest—to stop the attack, even if it means working with a foreign agent.

D.C. Hampton’s debut novel, A Touch of Nerves, may be set on the battlefield of America’s “War on Terror,” but the book is a far cry from your typical action narrative. Inspired by his two sons who served in Iraq and the Persian Gulf during the Iraq War and his own time serving in the U.S. Army, Hampton brings depth and humanity to characters that might otherwise be painted in the two-dimensional “hero” or “villain” archetypes. With Hampton’s passion for history and global affairs, A Touch of Nerves brings a fresh perspective to the long history of tension between the United States and Iran.

“I wanted to write a story that was worth telling, realistic and suspenseful,” says Hampton. “I believe the book is entertaining, but it also sheds light on the complex relationship between Iran and the United States and explores the complex emotions and issues that drive some individuals to commit terrible acts.”

“The story includes a wealth of details as Hampton weaves a complex plot,” writes Kirkus Reviews. “A conceivable threat and suspense-filled plot keep readers engaged until the end. Hampton eschews the genre’s typical plot holes and vague facts and his handle on international relations gives the terrorists credible motivations.”

You can purchase A Touch of Nerves at the following Retailers: 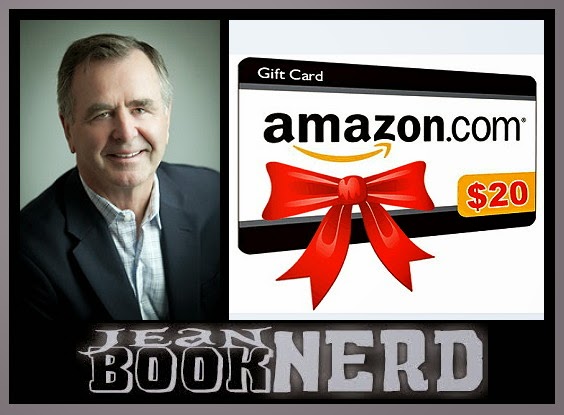 D.C. Hampton holds an MA and PhD in Audiology from Columbia University and has been published extensively in the field. He has done graduate work in history and has always been interested in international relations. Though he has been extensively published in medical and trade publications, A Touch of Nerves is his first foray into fiction.

Is there such a thing as a formula for storytelling?

I don’t know if I would call it a formula, but I believe there are certain principles of good storytelling. These include description, atmosphere, character development, timeline and tension.

I’m not a teacher of creative writing and nearly all of my writing has been non-fiction, a very narrow form of storytelling. While writing a novel, I discovered how much I had to move from a shorthand form of report-telling to creating an atmosphere, describing a setting (even if only briefly), bringing a character alive, creating believable actions and events, and developing tension and suspense.

While writing A Touch of Nerves I realized that several of the characters, while believable, were simply not developed enough for the reader to have a strong sense or feeling about them. The bad guys needed to be badder and the good guys needed to be more interesting, more three-dimensional. While re-writing the story I added two scenes, one in a suburban shopping mall and the other in the home of a young mother and her daughter. Those two episodes gave more depth to several characters by illustrating how far they were willing to go, how evil they could be, even if they had misgivings about what they were doing.

Developing tension and suspense may be more important in an action thriller, but both play a role in any story. Readers of Moby Dick know Ahab will find the white whale, but what happens then? Infidel is a nonfictional narrative of a young woman’s life, but readers feel the tension and stress in her daily life. The Bible tells the story of Job, and there’s a lesson there, but it’s the suspense of what comes next that keeps us riveted to the story.


--Giveaway is open to International.
| Must be 13+ to Enter