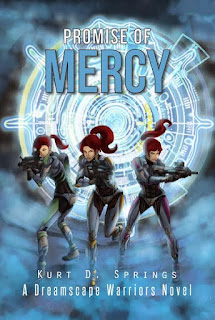 Meet the author:
"Liam! What have you done?" Marcus demanded. "You know our teachings on revenge."

Join us for this YA fiction tour from June 29 to July 17! If you're interested in this tour, and you haven't received an email offer of review, please feel free to fill our sign-up form.

Deirdre watched as Marisa turned and looked at her. She was shocked when she saw the child in her enemy’s arms. The Gothowan woman turned away to shield the child. Deirdre saw the child’s face. The child was looking right at her. Her expression was more curious than frightened. Deirdre knew she could take the fugitive without touching the child. She reoriented her aim, and her finger began to tighten.

It is twenty-five years after the events of Price of Vengeance. Deirdre and her sisters have returned to their home planet of Etrusci after completing their training with the Finnian Shock Forces. Their homecoming plans are disrupted when their mother, High Priestess Celinia, and other leaders of the clergy are taken hostage, and their father, Colonel Liam O’Connor, disappears. In their desperate search for their father, they discover that the Rebellion is secretly building weapons that could end civilization as they know it.

Meanwhile, Liam has been befriended by a Rebel war criminal, a woman Deirdre has sworn to kill. Will Deirdre cast herself into the role of judge, jury, and executioner, or will she discover the promise of mercy? 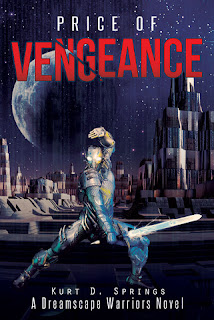 Available for review in: Print and ebook (mobi for Kindle) ePub and PDF

Will send print books to: USA and Canada

“Liam! What have you done?” Marcus demanded. “You know our teachings on revenge,”

Suddenly, irrationally angry, Liam straightened. “How can you defend him after what he did? To you, to Mom, to my birth parents, to everyone we cared about?”

With a howl of despair and emotional agony, Liam dashed forward, through the shade of his father, blindly running into the sewers.

What is the Price of Vengeance? One could understand why Liam was angry. He was orphaned at the age of two by a group of giant carnivorous insects called the chitin. Adopted by High Councilor Marcus and his wife, Lidia, Liam was raised with their older son, Randolf in New Olympia, the last remaining city on the planet Etrusci. As an adult, Liam becomes a soldier. After being cut off from the city, Liam finds that there is an alien intelligence behind the chitin. To defeat it, he must discover who he is and how to use his powers. Then, Liam discovers that a traitor, responsible for his birth parents’ deaths, had murdered his beloved foster parents. Will the price he has to pay in his quest for vengeance prove to be an even more unbeatable foe? 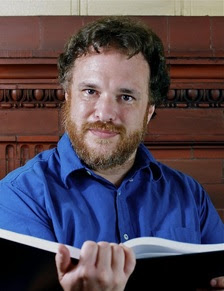 How Anthropology and Archaeology shaped

First I want to thank Sarit from Coffee, Books & Art for having me onboard as a guest blogger and for being a stop on my blog tour. In May of 2010, I came to the end of a 14 year journey. I walked across the stage in the University at Buffalo’s Arts Center to receive my hood and diploma for my PhD. (Technically, it says this happened in June.) I received a Master of Liberal Arts in Anthropology and Archaeology from the Harvard University Extension School and a Master of Literature from the National University of Ireland in Galway.

One reviewer for Price of Vengeance felt a little disappointed that there wasn’t more archaeology in the story. So how did my studies and research affect my storytelling?

When delving into the different worlds of speculative fiction, I found the anthropology end of things useful in world building. While I can’t say settings are easy, they are easier than culture. Cultures contain a number of interrelated pieces that include kinship, gender relationships, religion, and politics, to name a few. These are tools that cultures use to ultimately relate to each other and the world around them.

I eventually plan on dealing with the various alien cultures that inhabit the Dreamscape Warriors Novels. For now, I’ll focus on two of the human cultures. The one we see the most in Price of Vengeance is the Neo-Etruscan culture. It is made up of the decedents of humans who were genetically engineered to be perfect, at least as their creators saw perfection. After their creators vanished, their creation decided the ideal of perfection was unrealistic. The Temple of the Creator gained political power as the priestesses discovered they had telepathic powers, especially the power to heal empathically. The culture is loosely based on Terran Classical culture. There is also a counter culture referred to as the pro-Founders’ movement. Their goal is to return their culture to the path of perfection their Founders intended. This opened a whole new storyline in Promise of Mercy, when the founders return, apparently from the dead.

The Finnian are another race of genetically modified human. They were created to be warriors and to supplant the original human population of Earth. This led to a horrendous war between the Finnian and the people of Earth. Then the Finnian found that a genetic flaw was causing their natural population of men to plummet. Finnian women began to look to Earth POWs for potential companionship. This led to the two groups comparing notes. What the Finnian discovered caused them to turn on their creators.

Finnian culture is loosely based on an admittedly idealized Irish culture. Technically other human cultural elements were thrown into the mix. Over the centuries, they evolved a double descent kinship system that became their basis for government with clans and tribes. Double descent kin groups trace descent through both matrilineal (female) and patrilineal (male) lines, though the two lines are used for different purposes. Their language is based on Irish Gaelic, and they have a strong system of oral tales and strong family ties.

2) eBook copy of Price of Vengeance

3) eBook copy of Price of Vengeance and