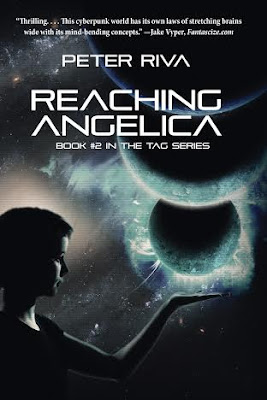 Book #2 in the Tag Series
by Peter Riva

In a massive spaceship destined for Alpha Centauri B, with a genesis crew including Zip the telepathic dog, his old friendly nemesis Cramer, and a computer being named Ra (now inhabiting a human form and calling herself Aten), Simon Bank emerges from a hundred-year coma and is hailed as an awakened hero. Stuck with unwanted responsibility, he is forced to try to solve the entire enigma of the universe—a small undertaking—before the spaceship, his friends, and all life on Earth are swatted out of existence by super beings he has accidentally awakened.

Simon’s only hope is to plunge into other dimensions with his mind—into the secrets of the universe’s pan-dimensions—as only he knows how. The fate of all life hangs in the balance as he struggles to prove himself worthy of the Path and the absolute trust his friends place in him. Simon knows all too well that if he fails there is no hope—none at all—for anyone, and that includes his best friend, an artificial intelligence computer called Apollo, which he sadly left behind. Besides, Zip would not be pleased, either.

“Thrilling moments keep the suspense high in space. . . . The way Riva describes the mysteries of the universe is intriguing. . . . This cyberpunk world has its own laws of stretching brains wide with its mind-bending concepts.” —Jake Vyper, Fantascize.com 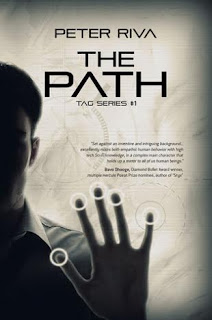 All life on earth is about to be terminated by an entity as old as the galaxy itself. To make matters worse, Simon has broken everything already.

In a future world that is run by computer systems and that is without want, how can a man find his role? Then, if the very computers he works on to try to make them more human suddenly try to kill him, revealing a secret so vast that it affects every living soul on the planet, can that man be a hero?

These are the questions that face the stumbling, comic, and certainly flawed Simon Bank. His job is to work with the System’s artificial intelligence, making it fit more perfectly into human society so that it can keep the country running smoothly. But when the System threatens the peaceful world he knows, Simon suddenly must rush to save his own life, as well as the life of everyone on earth. Forced to reassess everything that he thought he knew, he is caught within circumstances way beyond his control.

Simon’s only hope is to rely on intellect and instincts he didn’t know he had, and on new friends, not all of them human, to change himself and all humanity. And he doesn’t have much time. 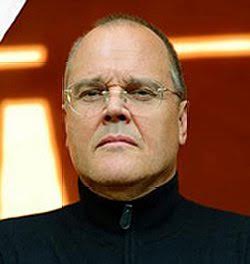 Peter Riva has worked for more than thirty years with the leaders in aerospace and space exploration. His daytime job for more than forty years has been as a literary agent. He resides in New York City.


Connect with the author: