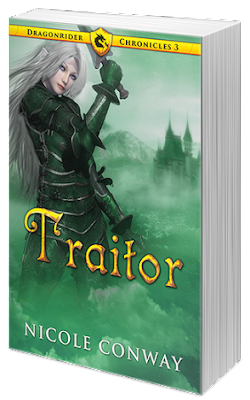 
Can anyone survive being lost in Luntharda?

No amount of training has prepared Jaevid Broadfeather for the frontlines of battle. Now facing the true horrors of war, with Luntharda looming on the horizon, Jaevid has begun to question everything he thought about his heritage. The only thing keeping him going is his oath to protect his dragonrider brothers. But in an instant, even that slips through Jaevid’s fingers as he steps from the safety of his dragon’s saddle into the depths of his mother’s wild homeland—the kingdom of the gray elves.

Stranded in Luntharda with his partner, Lieutenant Jace Rordin, Jaevid must finally confront the demons of his own past as he uncovers the truth about a war that began before he was ever born. Armed with a new appreciation for destiny, and flanked by his trusted friends, Jaevid moves to make the final strike against an enemy that has hidden in plain sight for far too long.

One kingdom’s traitor will become the world’s last hope. 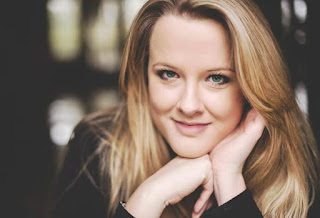 Nicole is the author of the children’s fantasy series, THE DRAGONRIDER CHRONICLES, about a young boy’s journey into manhood as he trains to become a dragonrider. She has completed the first two books in the series, and is now working on the third and final book.
Originally from a small town in North Alabama, Nicole moves frequently due to her husband’s career as a pilot for the United States Air Force. She received a B.A. in English with a concentration in Classics from Auburn University, and will soon attend graduate school.
She has previously worked as a freelance and graphic artist for promotional companies, but has now embraced writing as a full-time occupation.
Nicole enjoys hiking, camping, shopping, cooking, and spending time with her family and friends. She also loves watching children’s movies and collecting books. She lives at home with her husband, two cats, and dog.